Coaches at the School of Human Rights, participates in international human rights initiatives

A lot of activists come to the School of Human Rights, including those from political groups. They visit seminars, and there comes the moment when they realize that human rights action is not about politics. One of the participants once said, “I have suddenly realized that one can be engaged in human rights defense, but, at the same time, stay away from politics.” Previously, these two things were inseparably linked to each other in his head. One of my main goals is to draw a line between “politics” (that refers to “achieving and exercising positions of governance”) and “policy” in the meaning of social policy (which is what we do as an NGO, strictly speaking). It is very important for me to emphasize that we are not fighting for power, that this is outside of our scope of work. Politics is simply another type of activity.

At the same time, changing the situation for the better within the context of any current government is what we are trying to achieve indeed. We are inspecting the work of police, courts and prisons, monitoring environmental problems – in sum, we are dealing with everything that meets public demand. The kind of relationship we are trying to build with the authorities is quite different from what the opposition does. Our goal is not to overthrow them, but to establish a partnership, so that we could make the world a better place together. This approach is quite unorthodox. People are accustomed to protests and demonstrations with bright slogans. And it is incredibly hard to build a long-term cooperation with the authorities. This is why we are trying to explain to young people that active citizenship is actually about responsibility and day-to-day work. Figuratively speaking, an active citizen is a “tamer of power”.

«The police will not change overnight on its own. This will only happen, if we work with it every day. This is not the task for professionals only, all citizens should participate»

Over the years, the term “social magic” has emerged in our community. It means that police officers have become more competent and friendly in their daily interactions with the public. Instead of saying something like “Hey, you, come here!”, they now politely greet the person, while approaching, and explain the reason behind their interest. This is how reality transforms. It seems hard and unusual, and it makes many people think. One adult individual once told me during one of our seminars, “It is easier to go protest a couple of times to change everything.” Of course, this way everything will immediately change, and conscience is clear! In such situations it is difficult to explain that the police have changed because there were people who worked on and with it for 20 years to make this kind of progress possible. As they say, we have this special Slavic soul that wants everything to be done at once and in the best possible way. However, an enormous amount of work, both intellectual and educational, is needed, if we want to raise a generation of active and responsible citizens, who are ready to pursue desired change. 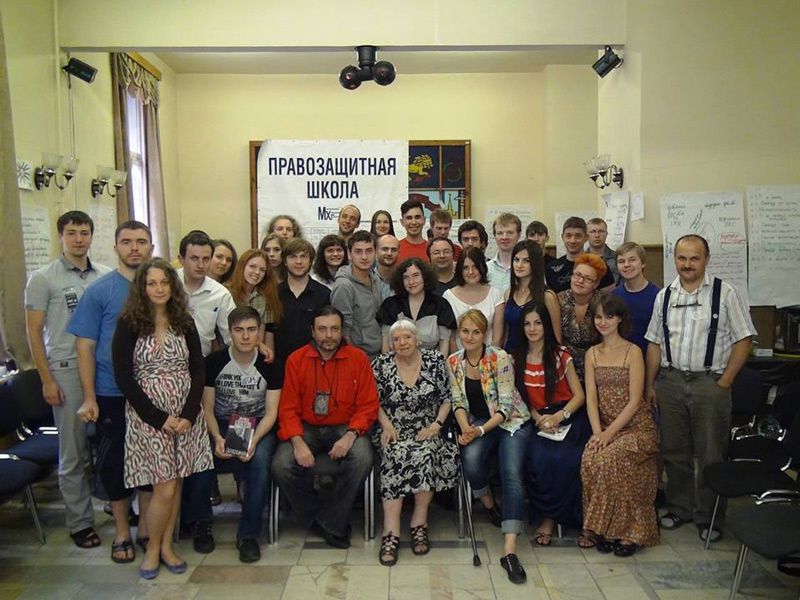 There is a very popular Russian proverb “The law is like an axle — you can turn it whichever way you please, if you give it plenty of grease.” In fact, it is one way to express a widespread notion that the law is for fools, while the real life has nothing to do with it. Such a conception, which separates life from law, which does not consider law to be something that helps us in our everyday life, is a major obstacle that we are trying to overcome. Legal nihilism is very difficult to get rid of, which means it will take years to change people’s consciousness and institutions. I understand that it is hard to trust the judiciary system in its current shape. Yet, it is important to understand that it stays in such a shape precisely because we treat it this way. This is a vicious circle: as long as we keep thinking that the court is crap and that “one can’t find the truth there anyway,” everything will stay as it is. If there is a widespread perception that there is no place for justice in court, we will never achieve justice there, since in this case it is not our goal.

If, let’s say, a ninth-grader asks, “What is a fair trial?”, most likely, he will get an answer containing such terms as “guilt”, “absolution”, “penalty”, etc. An ordinary citizen always has criminal court in mind, when justice and trials are concerned. The court is not perceived as an independent arbiter of justice that we can address, if we need to ascertain the truth or establish facts. This perception of the court as an independent arbiter is completely absent from our society. The court is only perceived as a repressive authority.

«If we start thinking that justice is, first and foremost, a tool for equitable distribution of benefits, not repressions, we suddenly see an altogether different picture in front of us»

Judges are servants of the society, which means they are my servants as well. They do not possess any divine power to dominate over the masses and repress them. Since I am paying for their service, I am in a position to control them as well.

Jurisprudence is not in practice for a long time in our country, but there is another science, legalistics, that rules the day. The thing is that in the Latin language there are two different notions: “lex” (or “legis”) is law, and “justitia” is justice as such. University students are taught not to be just, but to comply with the laws, and, in the end of the day, legalists, not jurists, receive their diplomas. A jurist safeguards the justice, while a legalist is on the guard for the law. These are two different realities. A true jurist is someone, who tries to bring justice into this world, while a legalist simply fulfills the requirements specified in the legal code. When I visit law faculties of Russian universities, I often see posters saying “Dura lex sed lex” – “The law is harsh, but it is the law.” However, no one puts up another sign next to them stating that actually this proverb lost its meaning after the Nuremberg trial, which ruled that the laws of Nazi Germany were flagitious, and it was a crime to follow them. It is a very simple thing: following flagitious laws is a crime, so this Latin proverb was good until the Nuremberg trial, but after that it became absurd.

Inspection of the Police

All people possess inherent human dignity. Therefore, even if a person is the most terrible felon, terrorist, fascist, mass murderer such as Breivik, he or she is still a human being. If the person committed a crime, he or she must go to prison, incur punishment, but this does not mean that it is OK to beat that person daily, to keep him or her in a pit, to rape or feed that person with swill, for he or she is still a person. This human dignity discourse is one of the most important ones. We do need to talk about the law, but, at the same time, we must admit that people are people. The most horrible feature of propaganda is dehumanization. 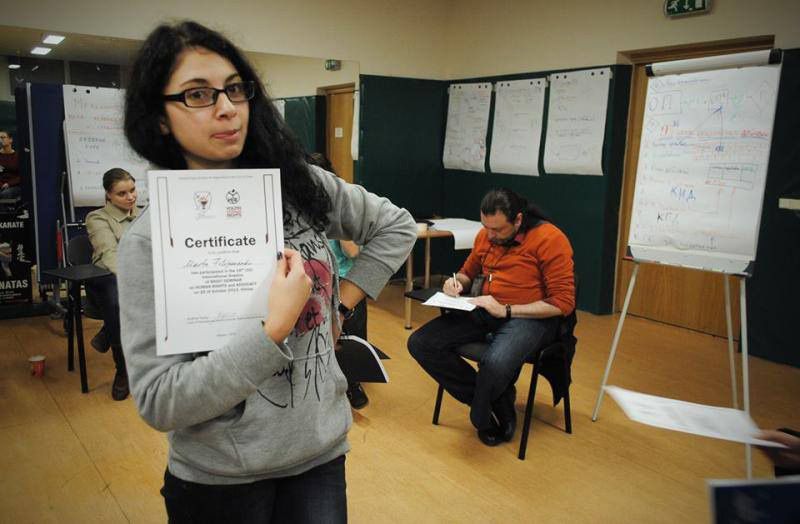 Many provincial towns only have one or two aged human rights defenders left, and this is very sad, because those endless official receptions play no role whatsoever. People often come to our public counselling office in Voronezh and say, “You know, we went here and there, and no one could help us – we keep getting non-committal replies.” It frequently happens that incompetent people work in those institutions – they often shrug their shoulders and say they do not know what to do. Yet, human rights defence is a professional activity, which requires skills that those people, who work for deputies, do not possess. We would be more than happy, if they took over some part of our burden, but it seems problematic so far.

We see less and less of those who work patiently and methodically, especially if we take into account the pressure, which is exerted on those NGO’s that were never involved in politics (e.g. Memorial and Sakharov Center). They never helped any political parties, never participated in any elections, and never campaigned for anyone. I have a feeling that someone is purposefully trying to destroy this neutral group, which holds our society together. Without them the society will get extremely polarized. Instead of preoccupying themselves with helping people, NGOs are forced to go through meaningless legal proceedings, and it is unclear who is actually benefitting from this. It looks absurd! The mindful part of the authorities does not seem to understand how badly this destabilizes the situation.

«If they ‘purge’ all the human rights defenders, people will only have one tool left to use – hayfork»

The main task of the School of Human Rights is to foster forward-thinking civic activists, who can think wider. This environment will produce professional human rights defenders. This process is hampered by all the fuss around “foreign agents”. This label is harmful and dishonest. Who is an “agent”? According to the Civil Code, an agent is someone who “acts by order and on behalf of a principal.” Who ordered us anything? What were we ordered to do? When I get some funding, it is usually spent on our own projects. I am not bound by any agent agreements. Maybe the Council of Europe, which Russia is a member of, is a foreign agent? Or the UN?

If I was told that our NGO is an agent of the UN, I would say, “Yes, we act in the spirit of the Universal Declaration of Human Rights by order of future humanity.”

I am an agent of that kind of future, which I want to become reality. In this future, there is universal respect for human rights, people try to help each other, and the solidarity between generations and continents is the utmost value.