Since 2000, defends the victims of police torture and asserts the right for life

Members of the Committee

In 2000, Igor Kalyapin founded the NGO in Nizhny Novgorod. The Committee fights against the use of torture by the officials working in law enforcement and detention facilities, and provides legal and medical aid to victims.

The members of the Committee investigated 1,864 complaints on human rights violations; challenged 700 unlawful decisions by the Investigative Committee, the Prosecutor’s Office and the court, and had them annulled; established 126 facts of the use of torture; won 4,500,000 rubles of compensations paid to the victims of law enforcement agencies’ unlawful activities. 109 police officers have been convicted over the last 15 years, 225 more cases are currently under investigation. 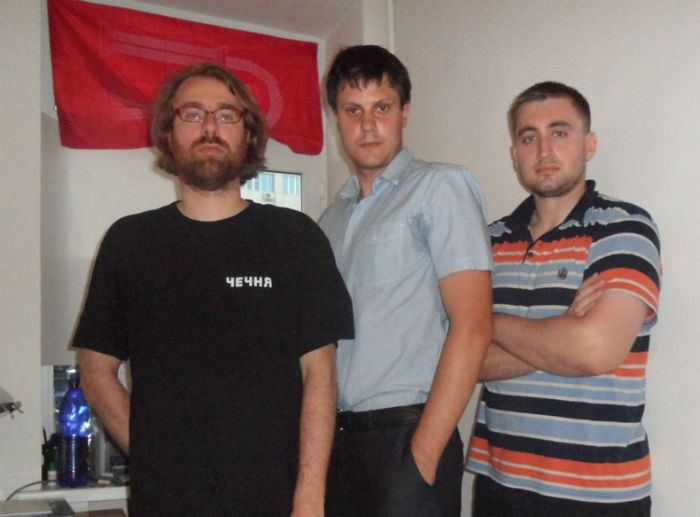 After the murder of Natalia Estemirova, Zarema Saidulayeva and Alik Dzhabrailov, who investigated human rights violations in Chechnya, it became ever more dangerous to work in that region, and human rights organizations had to fold their operations in Chechnya. Then, Igor Kalyapin, the head of the Committee against Torture, proposed rotation system: human rights lawyers from other regions occasionally make short trips to Chechnya for documenting complaints on the use of torture, kidnappings, and extrajudicial killings. In November 2009, the Joint Mobile Group (JMG) of Russian human rights NGOs began its operation in Chechnya.

At present, JMG is one of the main sources of information about human rights violations in Chechnya. JMG has discovered systematic violations of human rights in the region, as well as pointed at the unwillingness of the authorities to deal with this problem. Despite persisting impunity of high officials, the Group has also achieved success. For instance, in 2010, the Group managed to free Islam Umarpashaev, who was kidnapped by security agencies, detained for several months in the building of Chechen Special Police Force and tortured.

In 2013, Igor Kalyapin and the Joint Mobile Group received Martin Ennals Award for their work in Chechnya. This award is the main prize given to human rights activists, who fight injustice and defend human rights in spite of risks and danger.

JMG members experience constant pressure from Chechen authorities. On June 3, 2015, a group of unidentified individuals with hammers and iron bars broke into and trashed the organization’s office and crushed their car. All this was performed in the presence of the police. NGO employees managed to flee the office through the window. Yet, already in the end of June, the Group resumed its operations in Natalia Estemirova’s apartment, which was made available by her relatives. 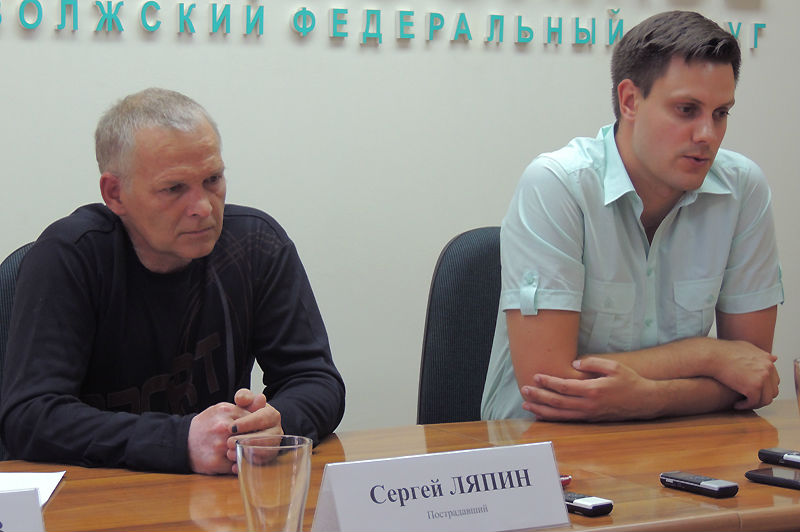 Sergei Lyapin, who suffered from police abuse, and the Committee’s lawyer Dmitry Utukin at a press-conference

Lawyers working in the Committee against Torture represent Russian citizens at the European Court of Human Rights (ECtHR). The Committee’s lawyers specializing in European law have prepared and filed 84 complaints to ECtHR.

In January 2006, while reviewing a high profile case “Mikheyev v. Russia”, ECtHR recognized that Russia violated the European Convention for the Protection of Human Rights and Fundamental Freedoms. The Court acted to collect 250 thousand Euros as a compensation for a former traffic police officer Aleksey Mikheyev. As of today, this is the largest compensation that ECtHR ever collected from Russia.

On July 24, 2014, ECtHR sustained a 45,000 Euros claim by Sergei Lyapin, a security guard from one of Nizhny Novgorod cafes, who had been tortured by the police. It took Lyapin six years and three months to finally settle his claim related to an incident in the local police station: while picking up scrap metal, Lyapin attracted attention of the police, was apprehended and delivered to the station, where they tortured him in an attempt to extort a confession to some crimes he had not committed. The Committee’s lawyers helped Lyapin partially obtain justice.

On December 16, 2015, the law establishing the priority of Russian legislation over the international one came into force. From now on, Russia will be able to ignore ECtHR decisions. 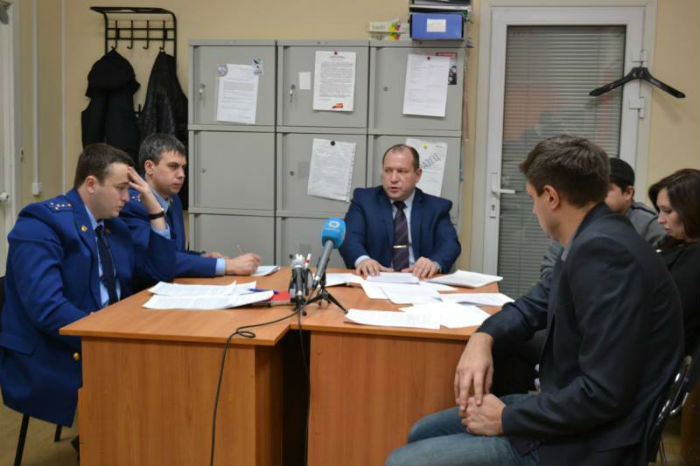 On November 13, 2014, the office of the Committee was visited by three supervision agencies, who began to conduct unscheduled inspections: there were inspectors from the Prosecutor’s Office, the Ministry of Justice and the Tax Service. The person who requested those inspections was an activist from Nizhny Novgorod branch of National Liberation Movement. He reported to the state authorities his suspicions about some violations of federal laws.

On January 16, 2015, the Ministry of Justice included the Committee into the list of NGOs, recognized as “foreign agents”. The political activity they were incriminated with was the presentation of a report on torture to the UN Committee against Torture.

From January 6, 2015, the organization was found guilty three times on the account of administrative violations. The Committee was charged with three fines amounting to 300,000 rubles for failing to indicate in its hand-out materials that it was performing the function of a “foreign agent”. 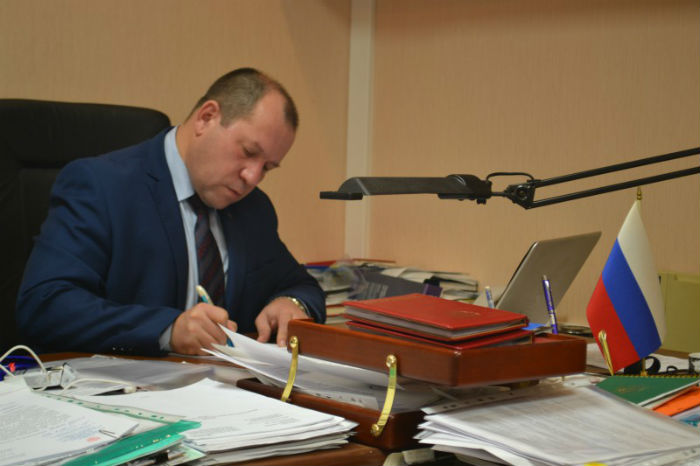 Igor Kalyapin is signing the decree about the Committee's liquidation

On July 28, 2015, the Head of the Committee, Igor Kalyapin, announced the dissolution of the Committee against Torture and the creation of a new structure “Committee for Prevention of Torture”.

At a press conference, it was announced that the Committee would continue working three times as hard, and not because it was provoked and embittered, but simply because there were still a lot of people who needed their help. 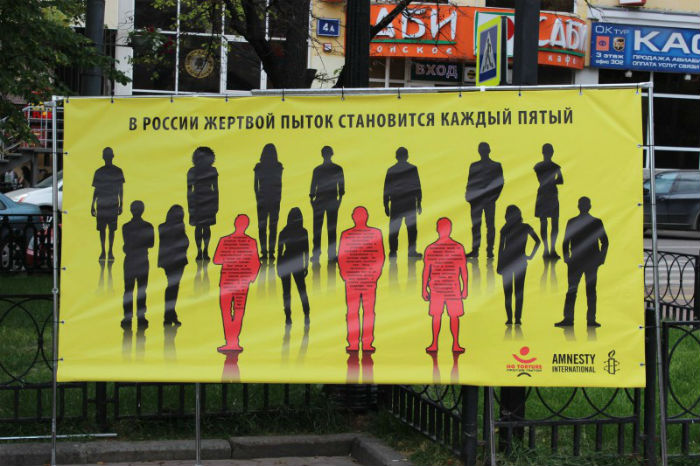 the Committee’s poster in Nizhny Novgorod

48% of Russian citizens are afraid of being subjected to torture in case of imprisonment – this is the result of a survey conducted by GlobeScan on request of Amnesty International.

The results of another survey conducted by the Institute of Sociology of the Russian Academy of Sciences in collaboration with Committee against Torture show that every fifth Russian citizen was at one point subjected to torture. 21.3% of interviewees responded affirmatively to the question “Can you recall being subjected to police violence, which you would categorize as illegitimate, at least once in your lifetime?”

On December 10, 2015, the Head of Committee for Prevention of Torture, Igor Kalyapin, stated at a press conference that state officials consider the defence of human rights as an activity hostile to the state, and, in response, they wage war on human rights defenders.

On January 15, 2016, Committee for Prevention of Torture was recognized to be a “foreign agent”.