Head of the Foundation, writes academic articles on the issue of drug policy 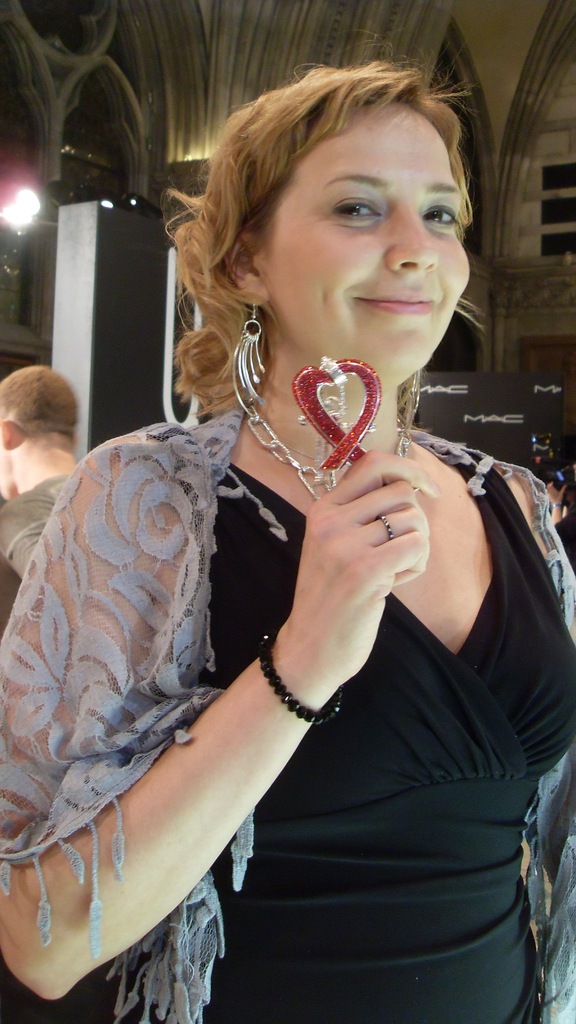 I worked for the Russian Network for Harm Reduction and for Doctors without Borders. They dealt with the HIV/AIDS epidemic in Russia when inside the country no one cared about it. As time passed, I was getting involved into this topic more and more, because the problems of drug-dependent persons always remain topical. In 2009, my friends and I opened our own NGO.

Within seven year of the Foundation’s work, we assembled a large team. A lot of volunteers and social workers, who had previously been our clients, joined our cause. They participate quite actively in our work. The degree of community involvement is very high. We value their engagement.

For almost everyone who works with us, the Foundation is the second job. Today we cannot afford employing people full-time. So, as a rule, our social workers work in two places at the same time. There were periods when we did not have any sources of funding for several months in a row. In those times we had to tell our employees, “Guys, we have no money – there is going to be a delay.” But no one stopped working, they kept on going into the streets, because they believed in the cause.

Sometimes we have conflicts with state authorities. For instance, in 2012, our website was shut down because of some ludicrous reason. We published a list of recommendations from the World Health Organization regarding the necessity to carry out replacement therapy programs for drug-dependent individuals, as well as the recommendations of the UN Committee on Economic, Social and Cultural Rights for the Russian Government regarding the observance of covenants – those also touched upon the issue of replacement therapy. For this reason, our website was blocked – allegedly, for drugs propaganda. We sued the Federal Drug Control Service (FDCS), and now our complaint is in the European Court of Human Rights. In Russia, it is difficult to restore justice from inside. The FDCS had no grounds for shutting down our website – this happened before the “lockdown law” was introduced – but we couldn’t even get a copy of their internal order.

In Crimea, just like everywhere in Ukraine, they were implementing a replacement therapy program for a couple of years. This is when individuals suffering from heroine or other opioid dependency are given, under close medical supervision, a synthetic pharmaceutical opiate – methadone. Patients do not get rid of their dependency, yet they may re-join the society, start an education or find a job. Families get reunited. Their organism resumes all its normal functions. They no longer have to run after dealers for the whole day and to steal things for buying expensive drugs. They simply come to a doctor, get their doze of methadone and avoid withdrawals.

«Replacement therapy programs are carried out all over the world, except a few countries: Russia, Turkmenistan, and Uzbekistan»

When Russia annexed Crimea, the first thing the FDCS did was closing down the replacement therapy program. By then, around 800 people participated in it. Crimean patients were not losing hope up until the very last moment. I remember the email exchange that took place among the activists, “No, they can’t simply throw people out in the street. Russians have to come up with something, some transition period, or they may reformulate this as ‘scientific research’.” As a result, the Government simply ignored this problem: the program was shut down, participants’ dozes were decreased and no additional help was provided. Initially, they promised to allocate funds for organizing participants’ transportation to Russian rehabilitation facilities, and a number of people were actually taken there. One of them committed suicide in Saint-Petersburg. Many people got hurt. As of now, according to some Ukrainian human rights organizations, around 100 people died in Crimea.

The drug use problem should be approached through the healthcare system, not the criminal system. Recently, the former head of the FDCS revealed that the state officials had spent half a trillion rubles on prosecuting 400,000 drug users in five years. He called those drug users “poor fellows” that had no involvement in the actual drug business. Naturally, no one benefitted from the fact that so much money was spent and that those fellows were imprisoned. They didn’t quit drugs and the drug business in Russia was not shaken. Nothing really changed.

If the replacement therapy programs work, drug users would not need to commit crimes a la “selling mama’s TV and wedding ring”. Those are the most widespread accusations against drug-dependent individuals. While in fact, they simply cannot get adequate medical help.

«We are the only country, where the number of HIV positive people is growing»

Today, large amounts of money are spent on solving this problem. This could have been avoided, if ten years ago harm reduction and replacement therapy programs were launched, if someone worked with drug-dependent people, if they were given sterile syringes, if someone communicated with them.

High mortality rate from tuberculosis is another consequence of the fact that people cannot get adequate treatment: they are thrown out of the hospitals because they use drugs. We do not really discuss whether we should treat pensioners, whether this is economically viable. Of course, this is not economically viable. In some cases, economic arguments are important, in our case as well. But the humanistic component is equally important. One should not treat drug-dependent people as scum. We need to support them and provide help.

«FDSC was a fictive organization: no one fought drug mafia in it. The drug problem should be within the competence of the Ministry of Health. Rehabilitation centers should also belong to this department, not the law enforcement one»

The problem of spice emerged because people tried to replace an illegal substance by legal analogues. Spice is a synthetic cannabinoid. It appeared when the information about academic research on synthetic cannabinoids reached producers and became available and widespread. Initially, those were legal substitutes for marijuana. When the Government started banning spices, producers began to invent new formulas. As a consequence, there appeared really dangerous substances on the black market. As s rule, no one knows the content and the formula of those substances. In the overwhelming majority of cases, the person does not know what he or she is buying. Last year there were 40 deaths caused by spice-related reasons in Russia. In other countries this happened as well. 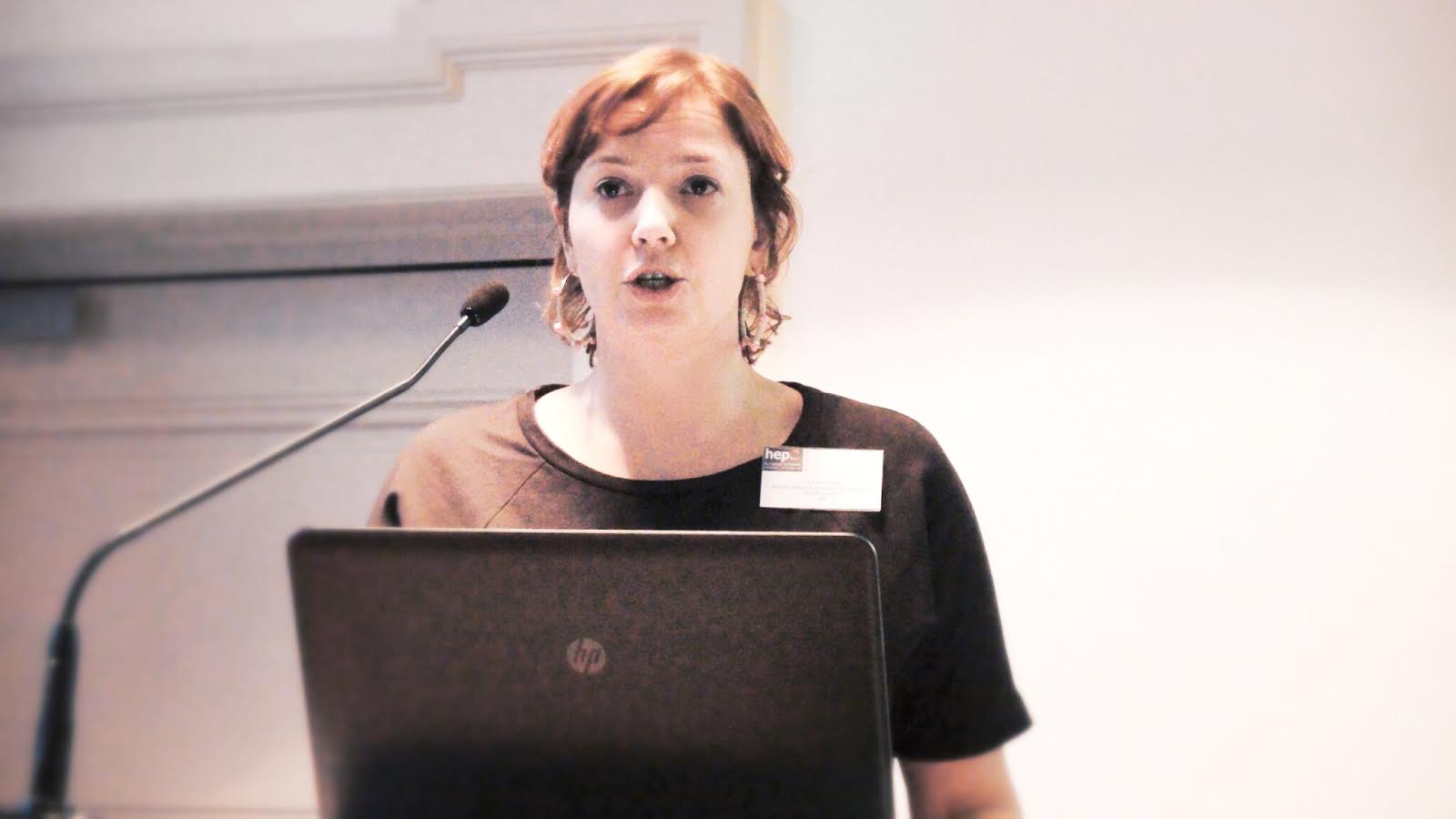 When I was doing research on new synthetic substances, I communicated with some colleagues from the Netherlands. They said, “What we definitely do not have is the spice problem. This is because marijuana is decriminalized in our country. One could always buy a high-quality product in a coffee-shop. No one would go to the backstreets to buy some unknown substance.” This is one example when prohibitive drug policy creates situations that are really dangerous for public health.

I think that methods, which are based on the violation of human dignity, when a person is grabbed, like a puppy, and thrown out in the street, or beaten and locked, or deprived of food, can never help solve people’s problems. Drug dependency is not just about withdrawals, it is about psychological processes, which a person needs to be able to reflect upon. Such problems should and must be resolved through analyzing one’s life, through working with a psychologist and attending support groups meetings. Respect and equal treatment – these are the most important things that can help. While conversations a la “I will chain you and cure you” never work.

If the state does not regulate substances, drug mafia and power structures come in. The former produce and distribute drugs, while the latter allegedly fight the former. FDCS even used to buy satellites. Best practices of other countries show that in those places, where drugs get decriminalized, the situation improves in general. Expenses on law enforcement decrease, and this surplus can be used to help those in need. The legalization of marijuana results in the establishment of control over its turnover and quality, while the profit from this industry goes directly into the budget, not the pockets of the drug mafia.