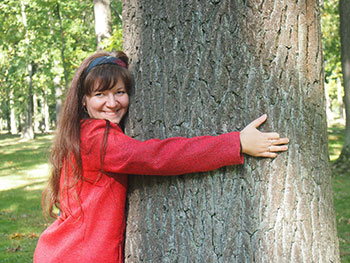 In 2004, I was writing a term paper on news pegs. My professor suggested I did an internship at some non-profit organization. He said they usually had dynamic and lively PR. This is how I ended up with “the mothers”.

I was shocked by the stories that conscripts and their parents told us during consultations. Previously I had not been thinking much about the problem of violence in the army. So I signed up as a volunteer and started taking part in the NGO’s activity. We used to have a lot of public events back then: film screenings, meetings, and protests. This was all new for me.

Human rights schools were really popular at that time. People attended them after experiencing some shock in the process of individual interaction with the system. They organized in teams, communicated with each other, and tried to resolve some emerging problems on their own. These human rights schools were not about explaining some specific points, we simply read the articles from the constitution and asked people to interpret them. This exercise produced a powerful effect.

In 2008, we witnessed a significant drop in the amount visitors; this was when the length of compulsory military service decreased to one year. Before that the enlisted had to serve for a longer period of time, and there were many difficult cases. ‘Escapees’, i.e. the soldiers who had to leave their military base without authorization, came to us on a weekly basis, sometimes they came in groups of two or three. Our NGO was trying to find an opportunity to temporarily host soldiers’ parents, who were coming from the regions. Today this no longer happens.

«Our organization has become highly professional. Previously, we did a lot of things following our gut feeling, without knowing for sure that this was the way to go. Today, most of what we do is grounded in our thorough knowledge of the legislation»

Unfortunately, the situation in the army has not changed substantially. The Ministry of Defense started to conceal information more carefully and to be more persuasive in their attempts to convince soldiers’ families to “put up with it”, when their children encountered some problems. The recent patriotic upheaval was another reason why fewer people are coming to us for help today. Of course, corruption that flourished in the 2000-s had its impact on this as well. Previously, when people were coming to us, this was like a breath of fresh air for them, for the available information about the military service was very scarce. One third of those who came continued to cooperate with us in trying to resolve their problems. Today, many people can find the information online; they can also find our phone number and call the hotline. 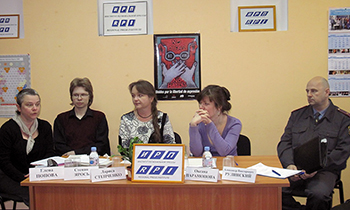 We used to have one project when we traveled around Russian north-western cities and conducted various events in the offices of local organizations that were established there. In most of the cases, it was obvious that those local organizations were not prepared to educate and enlighten people. They were only prepared to accept visitors and consult them for two hours a week. This, of course, is not unimportant. Yet, in order to bring about a systemic change, it is crucial to make sure that people would start acting independently. This requires more time to be allocated for them.

The number of Skype inquiries, as well as their geography, demonstrate that people’s demand for information related to conscription is high. Problems are similar everywhere. Yet, if in Saint-Petersburg state officials are already used to the fact that there is a human rights NGO operating in the city and they fear new scandals, in smaller regions a person is often forced to defend him- or herself on several fronts: not just from the military enlistment office, but from doctors, prosecutors and investigators.

«The situation in the regions is sorrowful. Those who fell victims to legal mayhem often have simply nowhere to go with their problem»

There are many other Soldiers’ mothers committees, and we try to repudiate any connection with them. The reason for this is that the quality of services usually provided by an organization working under this label is fairly low. Those regional committees were created in the beginning of the 1990-s; our organization appeared at the same time. Those who established our NGO purposefully avoided vertical structure, submission to the center, which was located in Moscow, as well as some other related matters.

Those committees also have one psychological problem. Whether on purpose, or not, the committees often employ deceased soldiers’ mothers. Such trauma significantly deforms their personalities and shapes the meaning they attach to their own work. Yes, they want to help, and this inner striving is understandable, but such people, for instance, are often incapable of putting themselves in opposition to state officials. For some reason they always try to justify their actions, and this is strange, given that this system effectively took one of their loved ones away.

I think that Saint-Petersburg in the 1990-s was a place with a strong democratic movement. It was against this background that there appeared a whole lot of NGOs that were founded on humanistic principles and on respect for human rights. Perhaps, this happened because of the high concentration of intelligentsia in one place. Those were the people who still preserved their sense of dignity. “While in everyone else,” as Ella Polyakova put this, “this sense simply needs to be awaken.”