Since 1991, the NGO has been working with draftees and servicemen and participating in the resolution of conflicts inside the army 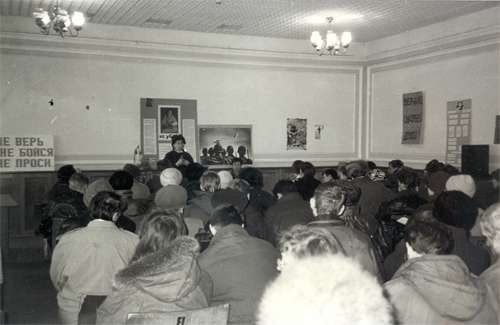 The organization “Soldiers’ mothers of Saint-Petersburg” was founded in 1991. In the same year, Ella Polyakova was elected as NGO’s first chairperson.

In 1994, Soldiers’ mothers presented to the European Parliament a collection of documents confirming the use of violence and human rights violations in relation to servicemen in the Russian Army.

In 1995, the NGO’s employees took part in the March of Maternal Compassion and Peace in Chechnya, as well as in the presentation of Russia’s official report at the UN Human Rights Committee.

In 1997, the NGO participated in the European Seminar of Conscientious Objectors in Austria.

In 1999, the first official and legal exchange of a Russian soldier, who had been taken prisoner in Chechnya, for a Chechen prisoner, whose participation in crimes had not been proved, took place in the NGO’s office.

In 2000, Soldiers’ mothers’ activists were protesting against the war in Chechnya for the whole year. 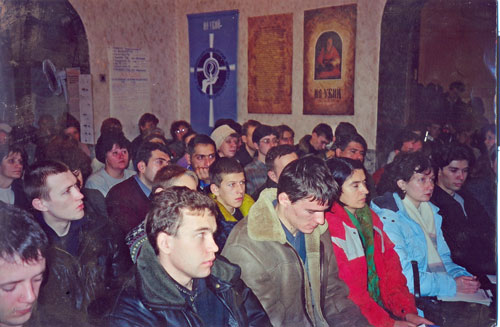 On February 12, 2007, Soldiers’ mothers were contacted by Ruslan Linkov, a soldier from the military base #3727. He complained about being subject to extortion, torture through electrocution, and assault and battery with metal stools. He also told the organization that senior conscripts forced novices to engage in prostitution. The prosecutor of the north-eastern branch of internal troops, Aleksander Reva, admitted several acts of violation. It was discovered that the creation of client network was facilitated by the senior officership of the base. There were some generals of internal troops, as well as some Federal Security Service employees among soldiers’ clients.

On September 28, 2010, the NGO sent its suggestions on the reform of military conscription offices medical committees to the minister of defense Anatoly Serdyukov. The human rights defenders intended to exclude overseeing doctors from the committees, to cancel medical classification and to relieve high schools of their responsibility for military registration. The minister promised to create a working group that would revise the rules of procedure and the number of medical personnel working for the committees.

On July 11, 2012, Soldiers’ mothers forwarded a request to drop two criminal charges against conscript Nikita Konev to the Prosecutors’ Office and the Investigative Committee of Murmansk Region. The young man was accused because he refused to do military service due to religious reasons and opted for alternative civilian service. Because of this, state officials considered Nikita to be a draft evader. 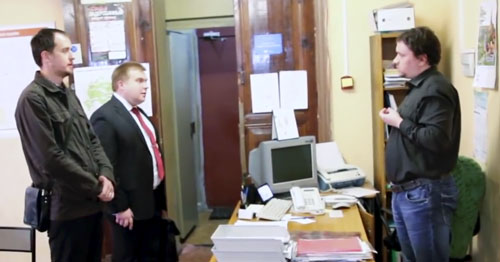 On August 29, 2014, The Ministry of Justice included the human rights organization “Soldiers’ mothers of Saint-Petersburg” into the ‘foreign agents list’.

On September 8, 2014, the human rights defenders appealed this decision and requested the ‘foreign agent’ status to be revoked.

On November 17, 2014, President Vladimir Putin supported a suggestion of Russia’s human rights ombudsman Ella Pamfilova to develop a procedure for excluding NGOs from the ‘foreign agents list’ after they stop receiving foreign funding.

On January 13, 2015, the NGO filed a complaint on the Ministry of Justice refusal to exclude Soldiers’ mothers from the foreign agents list.

On October 22, 2015, the Public Chamber of the Russian Federation awarded Soldiers’ mothers of Saint-Petersburg with 2.7 million rubles towards the implementation of one of their projects.

On October 23, 2015, Russia’s Ministry of Justice excluded the NGO from the ‘foreign agents list’. The announcement of this decision was made public at the Ministry’s website. 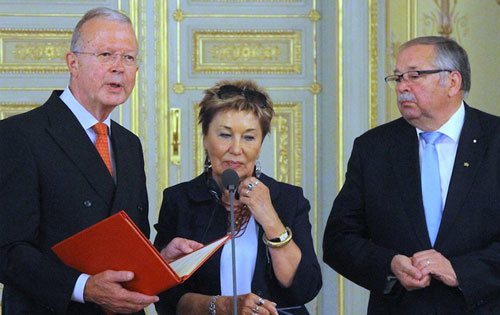 On July 17, 2015, Ella Polyakova, the chairperson of “Soldiers’ mothers of Saint-Petersburg” and a member of the Presidential Council for Civil Society and Human Rights, was awarded the Hessian Peace Price in Wiesbaden, Germany. She became the second Russian citizen to be awarded this prize – the first Russian citizen who was selected to receive this award was Aleksandr Lebed, a retired general. He was awarded the prize in 1998 for his peace-making efforts during the first Chechen war.