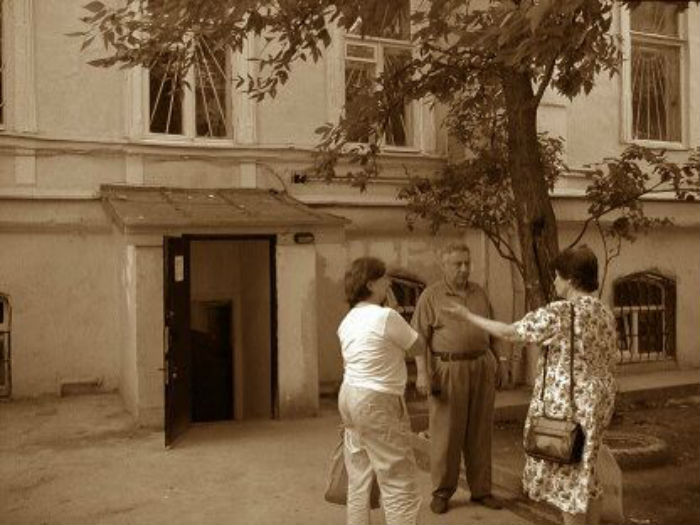 Near the first Committee’s office in Moscow.

The Committee was created in 1990 by a group of Muscovites for helping the first refugees of the time of Perestroika – the victims of Armenian pogroms in Azerbaijan.

In 1996, the volunteering project “Center for Adaptation and Education of the Children of Refugees” was launched.

In 1998, the Committee opened a counselling office with the assistance of the Office of the United Nations High Commissioner for Refugees (UNHCR). The organization received resources for legal, social, and humanitarian aid for refugees and forcibly displaced persons.

From 2005 until 2008, the Committee implemented a special project on the protection of rights of refugees from Central Asia.

In August 2011, the Committee launched a project for helping inmates from Chechnya and Ingushetia.

In 2012, the Committee’s employees took part in a cause celebre “Slaves from Golyanovo,” in which a family of labor migrants had been forcefully kept at their workplace for almost 10 years.

In November 2014, the Civic Assistance Committee (CAC) supported by the Open Society Institute began to actively monitor the situation of Ukrainian refugees in Russia. The project was operating on the basis of “Migration and Law” network. The members of the organization provided Ukrainian refugees with consultations, legal assistance, and financial aid. 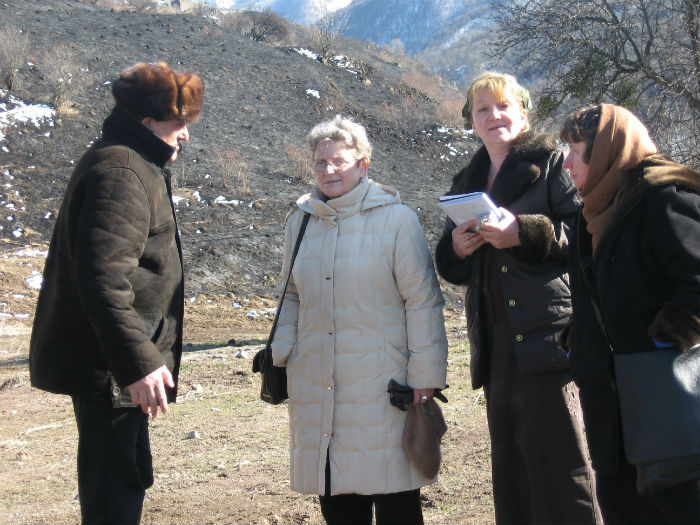 Committee’s employees during their trip to Chechnya.

From 2003 until 2008, CAC in cooperation with Caritas France was implementing humanitarian programs for disadvantaged patients from Chechnya: they were helping in organizing treatment, providing medical supplies, paying for checkups, and reimbursing travel expenses. Within five years, 8900 patients received such help.

In September 2009, the Committee launched the project “Human Rights in North Caucasus.” Its main aim was to increase awareness about human rights and the principles of civil society among the youth and the teachers of North Caucasus.

From September 2011 until August 2014, the Committee was caring out a project aimed at the protection of fundamental rights of the residents of Chechnya and Ingushetia that were either under investigation or were incarcerated in Russian detention facilities.

On January 19, 2015, CAC in partnership with Memorial published a report on the situation of Chechens in Russia, which was presented to the German Federal Office for Migration and Refugees. Human rights defenders collected the stories of Chechens, who were persecuted both in Chechnya and in the rest of Russia. 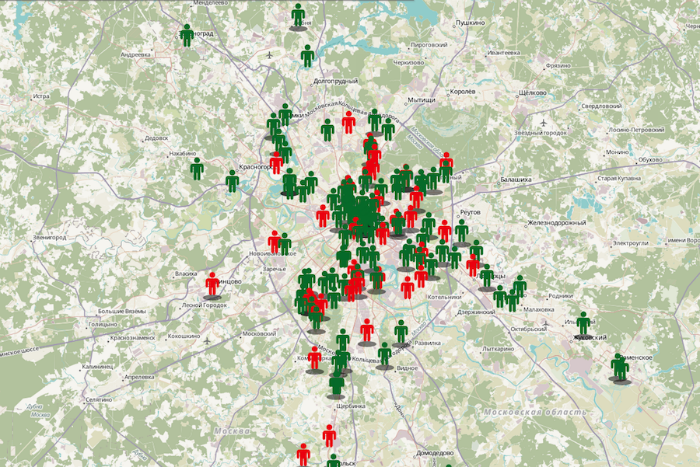 On December 1, 2011, CAC in cooperation with SOVA Center for Information and Analysis launched a project aimed at helping people who suffered attacks motivated by national, racial, religious and other kinds of prejudices in Moscow and the Moscow Region. Project employees and volunteers were trying to build awareness among those who became the victims of hate crimes most frequently: the natives of Central Asia, Afghani refugees, foreign students from Africa, and others.

On June 20, 2015, the Committee presented a new special project – the interactive online map of hate crimes at www.hatecrimes.ru. The presentation took place within the framework of a facilitated workshop at the Moscow Open School of Human Rights that coincided with World Refugee Day.

Migrants and refugees are the most probable victims of hate crimes because of their nationality, the color of their skin, or their religion, yet the members of other vulnerable groups are also prone to being attacked on those motives. The Committee helps victims of hate crimes: raises money for treatment, and provides legal and humanitarian aid. 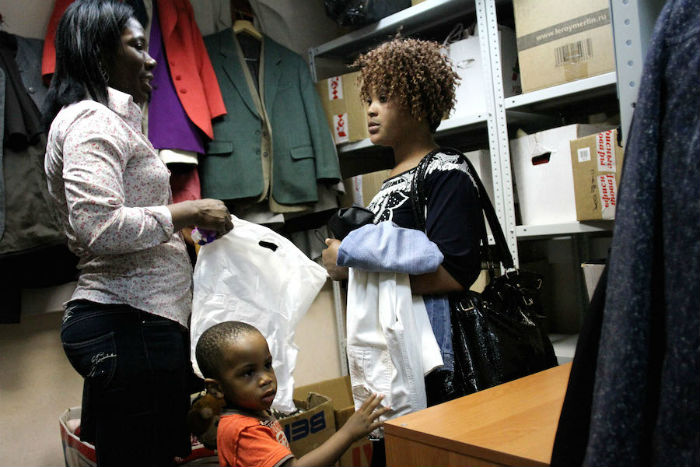 In 2014, CAC accepted 2,784 visitors from 50 countries and conducted 2558 consultations. It provided cooperation in defending rights on 654 occasions. 309 monetary allowances for a total amount of 4,829,513 rubles were given out. 1031 families received second-hand clothing.

The Committee gave out 2,237 pairs of shoes and 683 bedding items. 157 families got 1,949 pieces of new clothing. 738 medical consultations were carried out, medical supplies were provided 541 times, and 25 people were sent for checkups.

27 Moscow theaters and other cultural institutions provided the Committee with free or discounted tickets for refugees. Children received 300 presents and 120 tickets for New Year’s celebrations. 20 adults learned the Russian language free of charge.

Refugees from the Russian regions were provided with financial assistance 68 times for the total amount of 686,000 rubles. The funds for this assistance were partially raised in an online donation campaign launched at the Committee’s website.

Civic Assistance Committee helps labor migrant in getting legal aid, when they become victims of fabricated accusations, torture, or forced labor. In 2014, the organization was involved in 12 criminal proceedings. 29 victims of hate crimes contacted the Committee. Nine victims received financial support in buying medication and paying for treatment. 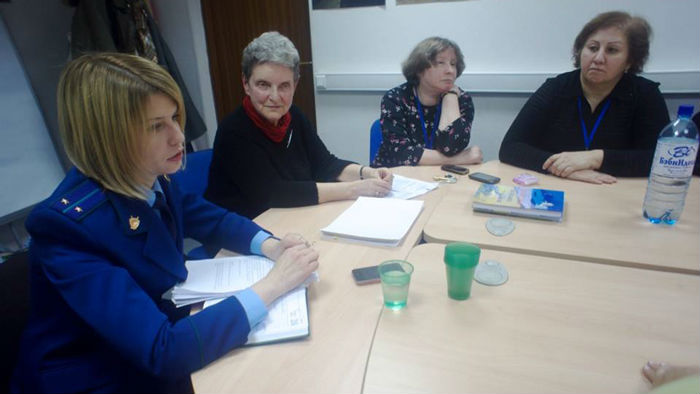 During prosecutor’s visit to the Committee’s office.

On July 22, 2015, during one of the court hearings, the representatives of the Prosecutor’s Office explained to the public why the Committee had been included into the list:

1. Project “The protection of rights of the residents of Chechnya and Ingushetia that are under investigation or are incarcerated in Russian detention facilities” and two roundtables held within the framework of this project.

3. The appointment of Svetlana Gannushkina as a member of the Governmental Commission for Migration Policy.

5. Protest in support of political prisoners of Azerbaijan. 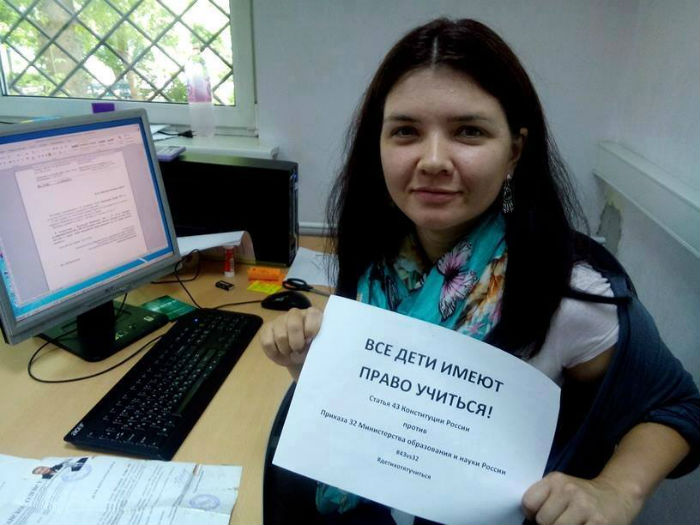 On June 15, 2015, the hearing of the case of Nurbek Kurbanov took place in Tver. Kurbanov is a father of two children who were expelled from secondary school after their temporary residence permits and registrations expired. The court ruled in favor of Kurbanov’s family: children must have the right to go to school regardless of their residence status, while the school must be teaching children, not checking their registration documents.

On August 27, 2015, the Supreme Court delivered a judgment against the complaint about the Decree #32 of the Russian Ministry of Education and Science: “The absence of a child’s registration at the place of residence, as well as of the documents confirming parent’s eligibility to stay in the Russian Federation, which are of secondary importance in relation to the parent’s personal application, … cannot become the reason for denying admission into an educational facility to the child, provided that there are available places in this facility.”

CAC is planning to continue fighting by judicial procedure against the unlawful expels of children from educational facilities.